The History of Mirror: Through A Glass, Darkly

The mirror has been in existence almost as long as humankind.

By legend, the first mirror was formed in the ancient Himalayas when a little brook tarried to rest itself, as if to ponder and reflect upon its course. Thereby, in time, the first woman walked and looking down into the pool was surprised by­—another girl!—which she slowly came to understand as a reflection of herself.

Still waters and mythology aside, the mirror as object is called “one of mankind’s most consistent civilizers,” bringing a sense of personal reflection and comparative identity. (Passing In Review, 1925, Hart Mirror Plate Company). Mirror is central to every aspect of human history—art, archaeology, medicine, psychology, philosophy, technology­, optics—and of course, style.

The word mirror derives from the French “mirour,” from the Latin “mirari”—to admire. (The Romans themselves, however, used the word “speculum,” from “specere”—to look, or behold.)

METAL MIRRORS — Mirrors were used by the ancient Egyptians as early as c.2900BC. These were made of polished bronze shaped into flat round discs—in representation of the sun-god Re—with handles of wood, metal or ivory. Likewise, in China, an unearthed cast bronze mirror has been dated as early as 2000BCE.

By the time of Seneca the younger (4BC –65), a small number of Greek mirrors were large enough to reflect a person’s entire figure. Most remained quite small—less than 12 inches diameter, constructed with either a stand-up handle, an eyelet for hanging, or a protective boxed metal cover for easily carrying on one’s person (the early cosmetic compact mirror!).

Most were ornamented with images of the gods—especially, Pan, god of the wild; Eros, god of desire; and Aphrodite, godess of beauty and love. (And if that doesn’t prompt you to ponder how some things never change, then the history of the mirror may not be for you.)

All were considered among the most precious objects in antiquity. As Seneca recorded, “For a single one of these mirrors of chiseled silver or gold, inlaid with gems, women are capable of spending an amount equal to the dowry the State once offered to poor generals’ daughters!”

In Japan, bronze mirrors (imported from China c.300AD) were associated with Amaterasu, sun goddess and imperial ancestor—who, at the dawn of time, ordered her grandson to descend from heaven to rule over Japan and gave him a sacred mirror providing him and his successors perpetual access to the divine sun.

Throughtout medieval Japan, mirrors were considered sacred objects—used not only in rarefied imperial ritual and display but also to ward off evil spirts and, when placed in Shinto shrines, to speak with the gods.

As the Roman Empire ascended, mirror-making appeared in every land where Romans settled—including England. Then, upon the the collapse of cultures and economies during what used to be called The Dark Ages (a perfect mirror metaphor)—e.g., the Early Middle Ages, mirror-making appears to have died out. Few artifacts exisit from c. 5–10AD.

GLASS MIRRORS — A few very small, convex glass mirrors have been found in archaeological digs dating to the 3rd century­. (Though glassblowing was well developed in the earliest recorded Egyptian cultures, it was largely confined to the making of vessels.)

Early glass mirrors were made of glass tiles cut from blown glass forms—thus always slightly curved, and always slightly colored, as the chemistry of clear glass manufacture remained unknown. These glass tiles were then affixed over still-hot, carefully sized, cast lead forms, with a thin layer of polished metal sheeting between the two. It was a belabored and imprecise process, resulting in mirrors of dim reflection.

As attributed to Paul the apostle, “For now we see through a glass, darkly.”

Around 500 AD, man began to create somewhat clearer and more reflective glass mirrors using silver-mercury amalgams. Examples of such have been found in China dated as early as c.500AD. But another thousand years would pass before silvery-mercury amalgam processes became more efficient—and less deadly, mercury being one of the most toxic elements on planet Earth.

Enlightment in the Age of Reason, science, culture, philosophy—and mirror-making, did not arrive in an instant. But sometime around the 12th century, mirror-makers began to measurably improve their craft. A guild of mirror makers—the first recorded, was formed in the city of Nuremberg in 1373, soon followed by a guild in the city of Venice.

THE LOOKING GLASS — As guildsmen investigated tin, silver, and mercury amalgams, they also experimented with a different material: rock crystal. Extremely rare and as costly as gemstones, these wall-hung crystal mirrors were highly prized by admirers far and wide, including Francis I, ruler of Mantua 1382-1407, who had them installed in the Castle of San Giorgio.

The term “looking glass” may have come into the language as a means of distinguishing these rock crystal wall-hung mirrors from the smaller metal hand-held mirrors.

Meanwhile, Venetian guildsmen perfected the making of mirrors with glass/mercury/tin, e.g. mercury glass, with ornate frames and beveled edges. These famed mirrors were highly sought after and, along with Venetian lace, turned Venice into Europe’s leading exporter—an economic supremacy the city would maintain for more than 150 years.

So important was mirror-making to the economy of Venice that guildsmen were sworn to uphold trade secrets upon penalty of death. In the rare instance in which a guildsman was permitted to travel outside the city, his family was held in hostage, and if the traveler failed to return home, forfeited their lives.

Glass mirrors were now essential to an aristocratic lady’s toilette, and perhaps her most prized possession. As noted by one 17th century countess de Fiesque: “I had a nasty piece of land that brought in nothing but wheat; I sold it and in return I got this beautiful mirror. Did I not work wonders—some wheat for this beautiful mirror?” (source: “The Mirror: A History”)

Profit begets competition. In 1665, Jean-Baptiste Colbert—appealing to Louis XIV for economic reform and endeavoring to keep in France the 100,000 crowns going out yearly to Italy for mirrors—managed to import 20 (living) Venetian glass workers into France. Established by royal initiative, this Manufacture des Glaces (at the Saint-Gobain factory) would greatly expand the production of mirrors.

Louis the Sun King, and Saint-Gobain factory, would make their mark on history through emblematic artistic achievements like “La Grande Galerie,” The Hall of Mirrors, in Chateau de Versailles. Designed by Mansart and begun in 1678, this grand hall—with 17 mirror-clad arches, encompassing 357 mirrors, reflecting 17 opposing arcade windows—is acknowledged as “one of the most beautiful achievements of classical 18th century French art.”

SPEAKING OF ART — Glass mirror not only revolutionized how we see ourselves and how we magnify light, but also how artists see and depict the world. Mirror is cited as critical to the discovery of linear perspective—making what is flat (a painting) appear to be in relief (real life)— by Renaissance artists.

In his “Notebooks,” Leonardo da Vinci called the mirror “the master of painters,” essential for depicting the power, relief, and vividness which objects and scenes actually possess. “When you wish to see whether your whole picture accords with what you have portrayed from nature,” he wrote, “take a mirror and reflect the actual object in it. Compare what is reflected with your painting.”

Through the 18th century, technical and economic difficulties persisted in the manufacture of clear glass. Metal mirrors remained the standard in everyday households, oiled paper the common window covering. (See the Library’s complete volumes of Diderot’s 1781 Encyclopedie for info on chassissiers, professionals who covered windows with paper.)

In the nascent United States of America, looking glasses, most imported from England, were expensive. “The esteem in which looking glasses were held can be measured by their high valuation in household inventories and a repeated mention in wills as a family’s most cherished possession,” explains Charles Sutton, 18th century design authority and past president of the Furniture Library.

BEYOND BEAUTY — Mirror not only brings utility and beauty to living spaces, it also provides an artistic medium for expressing thought and feeling.

Verner Panton (1926-1998), master of the fluid and futuristic who brought the Pop aesthetic to furniture and interiors, made great use of mirrors in his fantastical “total environments”—inspiring spatial designers worldwide.

From his “Cloud Gate” sculptures like that in Chicago’s Millenium Park to installations worldwide, artist Sir Anish Kapoor is employing mirror to play with our perceptions of body and space. Of his exhibition at Barbara Gladstone’s NYC gallery, Anne Christensen said Kappor is “trying to transform your thinking and encourage you to see things from a different perspective.”

One can hardly escape wondering how to incorporate mirror at home to stimulate our own thinking. But, in this moment, we already find ourselves constantly observed—from smartphone selfie to uncontrollable publishings worldwide—and thus reduced from a being to an appearance, an object. All the while, desperately seeking meaningful identity.

And so, what do we—you and I—feel and think when we gaze into the looking glass? Are the images we see there to be admired?

Answers to come… upon further reflection. 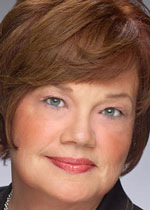