Duncan Phyfe, cabinetmaker, designed furniture just about 200 years ago. Yet his name, more than that of any other furniture maker in our history, embodies fine craftsmanship—fine American craftsmanship. His name has been whispered reverentially in art museums for decades, alongside the creators of the finest oil paintings and best porcelains. His is a legacy and a “brand” that tastemakers today would die for.

A Scottish immigrant, Phyfe set up shop in New York City in 1794 when he was in his mid-20s. His clients were wealthy homeowners from up and down the Eastern seaboard, many from the Carolinas. A print depicting his workshop (see detail herein) shows two genteel ladies in his entrance examining Phyfe’s side chairs. Ordering from Phyfe’s largely mahogany repertoire of chairs, beds, tables, sideboards and sofas, the well-to-do knew this “United States rage” could be counted on for high quality and good taste.

Phyfe excelled in the design style that we today generically call Neoclassic. These Neoclassic pieces were inspired by English Regency styles, in turn inspired by the shapes and motifs of ancient Greco-Roman culture— 2000 years before Phyfe’s time. In Phyfe’s furniture and in America of the early 19th century, the style meant silhouettes and surfaces with the simplicity which ennobled the ancient world. It also meant motifs such as carved lyres (Apollo’s choice instrument) and thunderbolts (belonging to the all-powerful Zeus)—symbols from an accomplished, time-honored civilization that young America was eager to emulate.

Prompted by The Metropolitan Museum of Art’s 2011-12 major Duncan Phyfe exhibition, the discussion of Phyfe’s legacy continues. Curators note that Phyfe is distinguished for the finesse of his designs—far exceeding that of his many competitors. Phyfe mastered concepts like balance, harmony and proportion—qualities embodied by Ancient Greeks to be sure, but also defining even the best plastic chairs of the 21st century.

It’s no wonder that even in 1948—some 100 years after Phyfe closed his doors—a Duncan Phyfe armchair was chosen as symbol of the furniture industry in Thomasville NC and erected as a giant landmark by the Chamber of Commerce and Thomasville Chair Company (now Thomasville Furniture Industries).

Selected by Thomasville designer Thomas Johnson, this signature Phyfe chair style features a scrolling arm, lyre banister, acanthus leaf carving and a saber leg recalling the ancient Greek klismos chair. This 18-foot high replica was built with a steel frame, wire mesh and cement painted to suggest Honduras mahogany. Dedicated in 1951, the giant chair might now be a popular backdrop for politicians and beauty queens, but more significantly it remains a national symbol honoring furniture designers and the fine craft of furniture making.

Read more about Duncan Phyfe at The Bernice Bienenstock Furniture Library, High Point—holder of the world’s largest collection of rare and significant books on the history and design of furniture, interiors, architecture, textiles, finishes, and construction—free and open to scholars, designers, and the public. 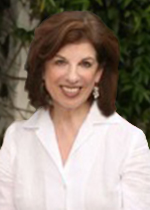