Design on Film: A Festival of Style

The focus in the design world last month was on the High Point Market, the largest home furnishings trade show in the world. So you may have missed another festival that took place in New York.

The Architecture & Design Film Festival is in its fourth season, showcasing over 25 films on architecture and design from around the world.

Highlighted films covered every topic in the realm of design and architecture, including Bauhaus: Model & Myth, which examined the Bauhaus school and its revolutionary influence as part of post-WWI Germany.

Coast Modern from Canada took a tour of the Pacific Northwest coastline and included stunning homes that collaborate with the environments, rather than just reside in them.

A film from Taiwan, Design Thinking, showcased the impact that design has had on the world, and how design can be a tool to help solve problems from business to education to social issues.

The Vignellis, a U.S.-based film, focused on the iconic design couple Lella and Massimo Vignelli. Over 40 years, the Vignellis have been influential in industrial and product design, graphic and publication design, interior and furniture design, and much more. You probably know their work – including the Helvetica typeface, brought to the U.S. by Massimo in 1965.

The film festival hits the road next year, with events in Los Angeles in March and in Chicago in April. To learn more, go to the festival’s website http://adfilmfest.com/portal/ny2012.

If you want to learn more about Bauhaus, design from the Pacific Coast area, or about the Vignellis, the Bienenstock Furniture Library makes that research easy for you. You can search the library’s shelves online here: http://opac.libraryworld.com/opac/home. 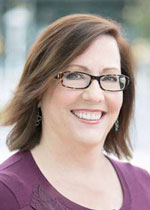