I am a firm believer that yes, in this digital age, we still need books, libraries and bookcases.

As Mark Lamster points out in Still Here | Metropolis, libraries remain vital places. Many of them are more crowded than ever as people come to study, work together, consult with experts, and to discover rare and hard-to-find books.

Here are three of my favorite bookcases:

Thomas Chippendale is, of course, an icon in the world of furniture design, representing timeless design excellence. His name has become a generic term applied to denote his influence not only on English furniture but also much copied in the American colonies.

His was the first time in furniture-making history that a designer’s name, rather than the ruling monarch’s name, was attached to a style.

This iconic Chippendale Rosewood Bookcase in the collection at Dumfries House is a prime example of Chippendale’s genius. When I first saw the piece, I was struck by how practical the design was: a bookcase, a desk, a china display case, and a clothes press (it was originally used in a bedroom).

Chippendale’s 1754 publication, The Gentleman and Cabinet-Maker’s Director, standardized furniture-making worldwide because cabinetmakers everywhere were encouraged to copy his designs. Bernice Bienenstock Furniture Library has an original copy in our rare book collection. In it are 14 models of bookcases illustrated by Chippendale.

Follow this link to read about Dumfries House, which HRH Prince Charles saved in 2007.

Ettore Sottsass, who died in 2008 at age 90, played an important role in the post-modern Anti-Design (aka Memphis Group) scene of the 1960s and 1970s. His designs were far-reaching, from the highly collected portable red Olivetti typewriter to furniture and products for Alessi, Baccarat, Knoll, Namastre.

Memphis was an attempt by Italian designers to extinguish the flame of Modernism. Sottsass said “Memphis tries to separate the object from the idea of functionalism.” See Mel Buchanan’s piece about the designer: Sottsass, Milwaukee Art Museum.

As author Judith Miller has written, “The appearance of Memphis furniture was frenetic, characterful, and saturated with color. Although no explicit allusions were made to bygone, popular, or primitive cultures, it was obvious that the Memphis group had an enthusiasm for all three.”

For instance, note that the slanted bookends on the Carlton are reminiscent of Aztec architecture. I see the Carlton Bookcase as a wonderful, functional piece of sculpture — with an attitude!

Read more about Sottsass in this lovely obit piece.

Ron Arad – another icon, design genius, and someone the design world is constantly watching to see ‘What’s Next?’

I bought a Bookworm the second I first saw it in a New York showroom. The model I chose can be configured into almost any design since the thin sheet-steel coil is very flexible and comes with a number of wall bracket mounts.

While I do still covet several of Arad’s other designs which are not in my budget, I am most impressed that he still creates a range of brilliant pieces – architecture, eyeware, bicycles, lightwalls, sculptural furniture.

Take a peek at many of Arad’s designs on his company’s official web site. Read his curriculum vitae here. And see the creative ways people have installed their own Bookworm, here.

Want more about bookcases? Visit Bienenstock Furniture Library to research rare books and to peruse hard-to-find works at your leisure. 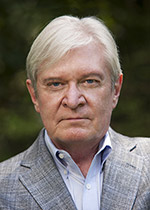